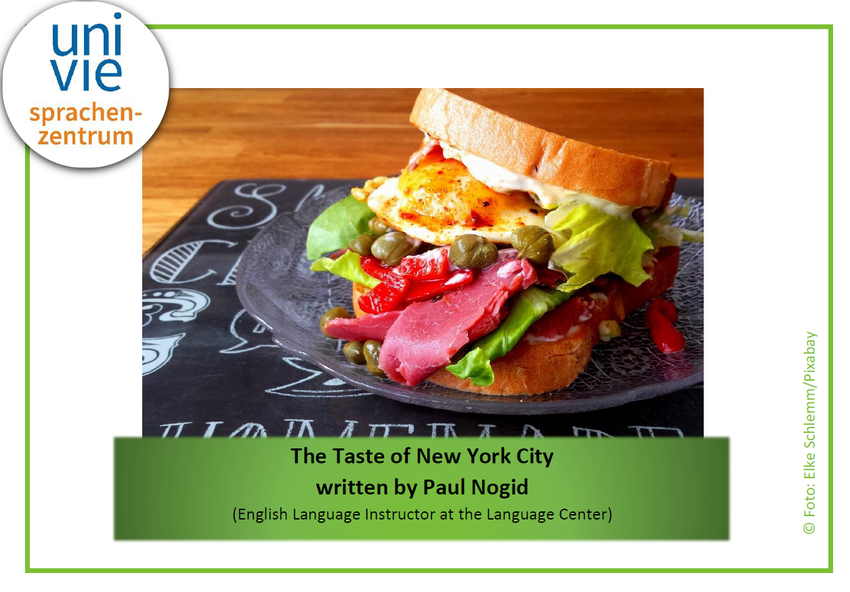 For those who have been in the US it would probably come as no surprise that just like everything else in that country, the food variety and serving portions there are BIG… Well, no, not big – HUMONGOUS!  The sizes of the dishes are such that on occasion even King Henry VIII, infamous for his enormous appetite, would have trouble cleaning up his plate.  My city, New York, is no exception.  If anything, the food diversity there is beyond imagination.  We, New Yoooowwwkers, love to eat and we really enjoy what our city has to offer.

Yet, in all of this incredible variety, there are a few meals that are so veritable New York-ish you can’t imagine the city without them… Just like you can’t imagine it without the Empire State Building or the Statue of Liberty.  One of those New York City staples is the famous multi-level pastrami sandwich, also known as the Reuben, and named after a German gentleman of Jewish origin who has allegedly started the whole craze over it.  The story goes that he had been missing the traditional food from home and decided to introduce it to New Yorkers – with such a smashing success that one after the other the “Delicatessen” stores serving his delicious invention sprang up throughout the entire city, mostly concentrating in the Lower East Side where a sizable Jewish community from Eastern Europe had settled in the early years of the 20th century.  Even today, the most revered location that serves the Reuben sandwich is Katz Delicatessen just off Second Avenue in the East Village…  So famous is the place that movies were filmed there, including the iconic romantic comedy called “When Harry Met Sally”.

All kidding aside, every Sally and Harry that ventures into Katz Delicatessen to taste their world-renowned pastrami (or corned beef) Reuben better be prepared to open their mouth wide!  No, REALLY WIDE!  The true New York Reuben has at least four-five layers of meticulously cut delicious meat, covered by mouthwatering melted cheese, topped by sauerkraut and a sweet creamy sauce called (for some unknown reasons) the Russian dressing.  Why Russian dressing remains a mystery because there is no such dressing in Russia to the best of my knowledge…  Not even anything close.

As if all of that were not enough, no pastrami sandwich is complete without a side dish of crunchy salted or half-salted pickles, cornichons and tomatoes and (of course!) a huge order of fries with ketchup!  A succulent dish for millions of (not waste-watching) New Yorkers to enjoy!

There are not many places in Vienna where you can find the authentic New York Reuben sandwich.  I’ve been to a few, but wouldn’t really go as far as recommending any of those because, quite frankly, none of them offers anything close to the real thing…  But the good news is – those who crave for it could quite easily make it in the comfort of their own home in less than 20 minutes.  The internet abounds in recipes for its preparation and most of them are fast and easy.  Most ingredients are also available, except probably the Russian dressing, but you can replace it with a similar tasting dressing, like cocktail sauce or simple ketchup.  Oh, and for the sandwich to be crispier, I’d really suggest to toast the bread up either on the skillet or in an oven.

One last thing to bear in mind here – in commemoration of the Day of Language, we look forward to seeing you all at our event called #SprachSalat on September 26, 2019.  Till then!