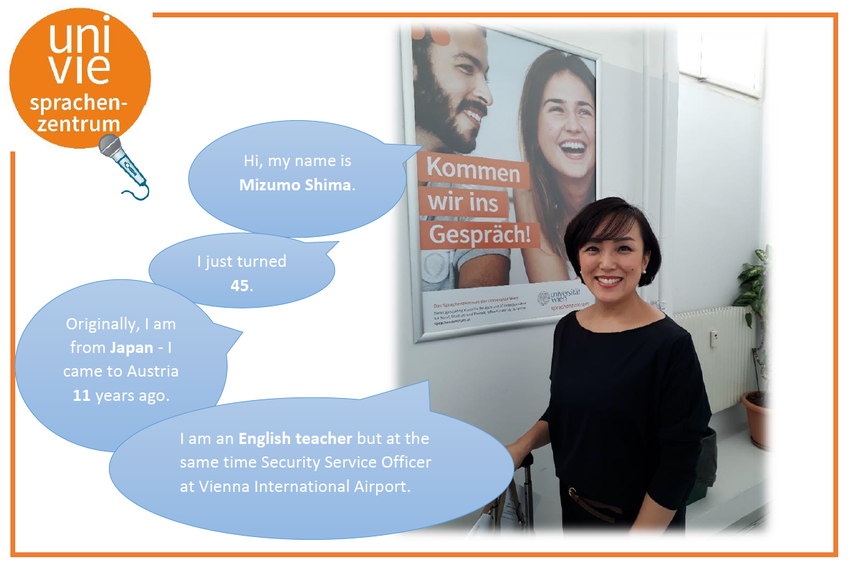 How and why did you become a teacher?

It had, in fact, been a childhood dream to become a teacher but I never thought about it again for a very long time, I was so busy with life.

In the end, it was one of my former German class colleagues who inspired me to become a teacher! (We attended a German course here with Gerlinde Farkas, great teacher by the way!)

I came to Austria to accompany my children playing the violin who got accepted into the music university in Vienna. My academic title of Bachelor of Arts in Foreign Affairs / Nuclear Deterrence was not acknowledged here since the subject unfortunately does not exist at regular Austrian universities. As a single mother with two children it was quite difficult to live without a work permit anyways that when I got one, I immediately started working part time at the airport. It was then when I decided to do the CELTA diploma in 2015 to become a Cambridge certified English teacher and I was also able and honoured to start working at the Sprachenzentrum right after that. I enjoy both of my professions very much, which is why I am not planning to quit either one.

How did you learn English?

First of all, I used to live in the USA for a while about 40 years ago - if that counts at all.

In Japan, my high school and also the university in Japan were bilingual and living abroad in general, also after coming to Austria, helped a lot.

What’s most fun about teaching?

Teaching is a reciprocating process: you also learn a great deal as a teacher, whether it be about various cultures from everywhere or just about other people as human beings. In my classes, a great variety of ethnicities is represented.

Some time ago, an Omani student told me that he owns 6 camels for camel racing, a popular sport in his home country. That, for example, is very different from a world in which I live with a little dog.

If you compare Japanese, English and German, how do they differ from each other?

Each language holds its own culture. If you learn a new language, you discover a new horizon and something new about yourself, too.

For example, if you meet someone and you say: “Oh, I like your t-shirt!” - how would others react?

In English or German, people would probably say “Thank you, it’s my favourite.”

In Japan, on the other hand, they will respond in a distinctive way, “Oh, no, don’t even talk about it.”

Oh, if only I could see the entire world!

Travelling and living are different things, though. I would love to live in the same place for a few months and then move on.

I would want to visit the homes of my students. Now that I think about it - a student has once given me tons of guidebooks for Columbia. He is a police officer there and told me not to worry because they have successfully made Bogota a very safe place. Middle and South America are parts of the earth I haven’t really been to yet so my next destinations are probably somewhere there!